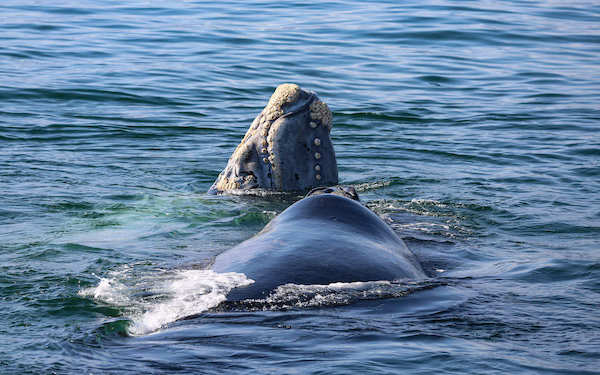 This poem – a beautiful tribute to whales by Heathcote Williams – is a wonderful celebration of one of the most mysterious, gentle and intelligent creatures of the marine world.  The Southern Right Whales visit Walker Bay each year between June & November, and De Kelders offers some of the best land based whale watching in the world. 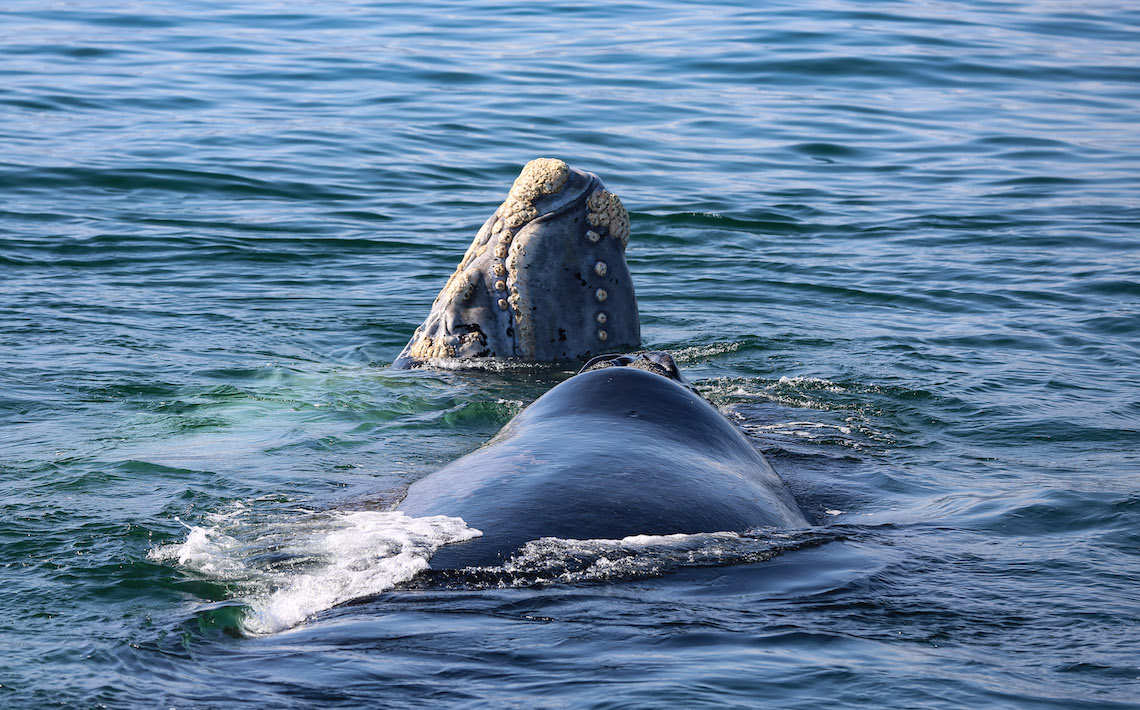 From space, the planet is blue.
From space, the planet is the territory
Not of humans, but of the whale.
Blue seas cover seven-tenths of the earth’s surface,
And are the domain of the largest brain ever created,
With a fifty-million-year-old smile.
Ancient, unknown mammals left the land
In search of food or sanctuary,
And walked into the water.
Their arms and hands changed into water-wings;
Their tails turned into boomerang-shaped tail-flukes,
Enabling them to fly, almost weightless, through the oceans;
Their hind-legs disappeared, buried deep within their flanks.
Free from land-based pressures:
Free from droughts, earthquakes, ice-ages, volcanoes, famine,
Larger brains evolved, ten times as old as man’s . . .
Other creatures, with a larger cerebral cortex,
Luxuriantly folded, intricately fissured,
Deep down, in another country,
Moving at a different tempo.
And the whale’s lips formed their distant, humorous curl,
When we were clawed quadrupeds,
Insect-eating shrews,
Feverishly scrabbling at the bark of trees.
Whales play in an amniotic paradise.
Their light minds shaped by buoyancy, unrestricted by gravity,
Somersaulting,
Like angels, or birds;
Like our own lives, in the womb.
Whales play for three times as long as they spend searching for food:
Delicate, involved games,
With floating seabirds’ feathers, blown high into the air,
And logs of wood
Flipped from the tops of their heads;
Carried in their teeth
For a game of tag, ranging across the entire Pacific.
Play without goals.
Like Buddhists,
They are not compulsive eaters.
They can go for eight months without food;
And they do not work to eat.
They play to eat.
After dinner, music.
Ethereal music that carries for miles,
A siren’s song,
Leading sailors to believe,
As the sounds infiltrated through the wooden hull,
That their vessels were haunted
By spirits of the deep.
Webs of elegant cetacean music stretch around the globe.
An indication that there are creatures, other than man, still evolving.’