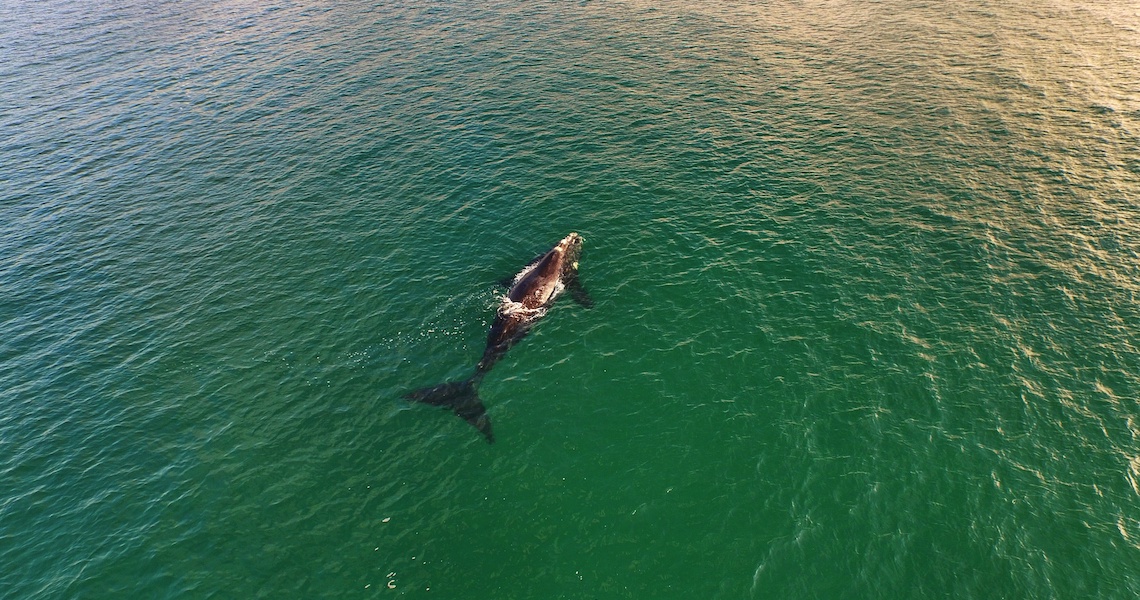 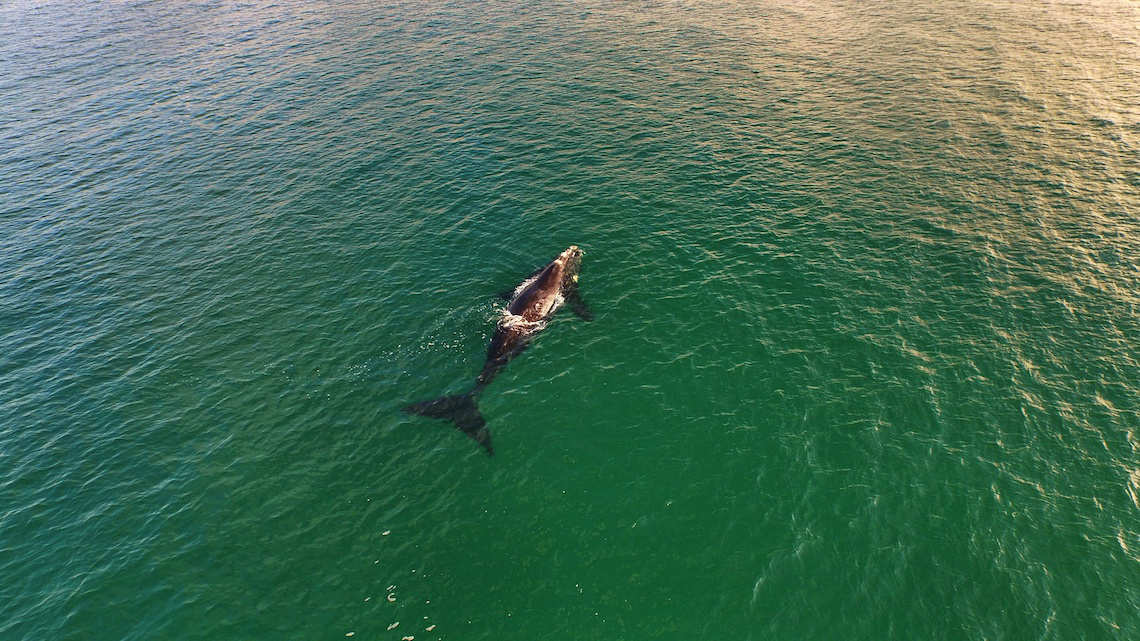 The once threatened right whale population on the South African coastline is now increasing by 7% a year, nearly doubling in 10 years.

The whales come from the cold Antarctic into the shelter of Walker Bay to mate and breed. The females produce only one calf each, born after the mating ritual of the previous year. A cow stays with her youngster for up to three months in these waters, nursing it until it is ready to make the return journey south.

There are more males than females in the spring reunion and whale watchers are privileged to see an elaborate mating game as a number of consorting males compete for a female’s attention. But the biggest creature in the world is the least aggressive lover! Rather than fighting for sexual rights, the bulls mate one after another with the same female, each trying to be the one that fertilises her.

The calves grow at about 3cm per day and feed on almost 600 litres of milk per day while suckling. The Overberg coast is one of the world’s most important nursery areas for the southern right whale.

The coastline of the Overberg offers some of the best land-based whale watching in the world, mainly from June to the end of November. De Kelders is considered one of the prime viewing spots, offering unsurpassed opportunities for close-up viewing and photography from the cliffs. 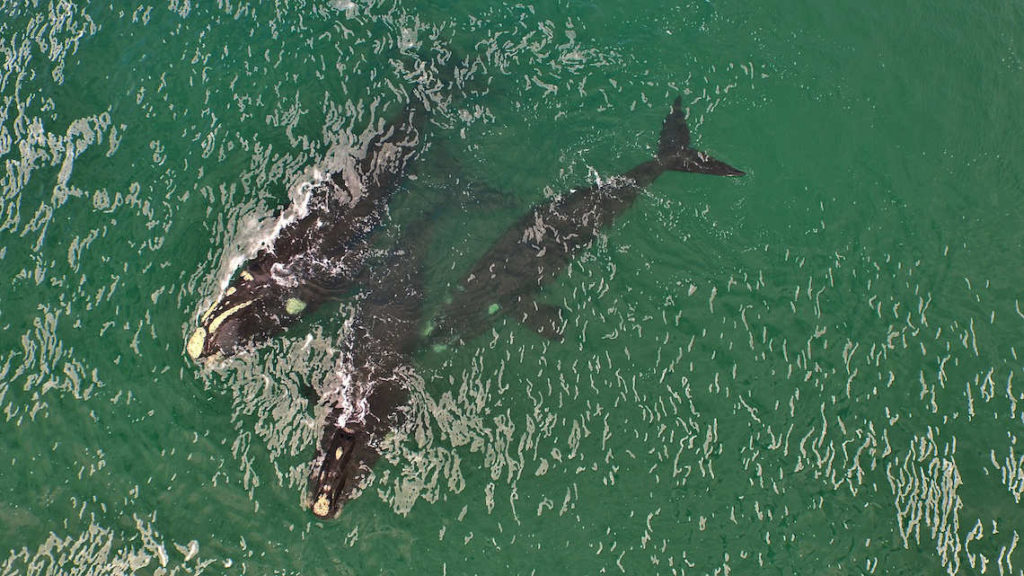